The Australian Rolly Tasker (1926 – 2012) was one of the pioneers in modern yacht racing. Exactly 70 years ago, he also founded Rolly Tasker Sails with a capital of 500 Australian Dollars, which now is among the world’s largest sailmakers, with 2.3 million sold sails mainly for cruising and club-racing.

In 1956, Tasker won the first ever Olympic medal in sailing for Australia. What followed was a global “career” in competitive yachting as he became one of the most successful racing sailors of his generation. In the Flying Dutchman class, for example, he more than once competed against the famous Dane Paul Elvstrøm, who in one of his books described Tasker as his most dangerous rival. Most sailors of this pioneering generation knew each other well and were fierce opponents on the water but, once back ashore, the best of friends. Tasker for example had amicable relations with the brothers Peter and Olaf Harken (who sadly passed away recently), as well as with Lowell North and Ted Hood, or Dave Ullmann and Bertrand Cheret. 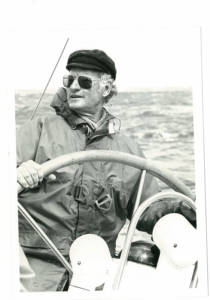 After the beginnings in Australia, Rolly Tasker opened a Hong Kong branch of his sailmaking firm already in 1961. In 1992, he began his first sail-loft in Phuket, Thailand. Tasker himself was always passionately at the heart of his company, constantly eager to learn, and doing everything himself whenever he could. Over the course of his life, he designed and built 26 different racing yachts, among these nearly all of his famous ocean-racers named “Siska” for which he manufactured all sails, masts, rigging and most of the deck hardware himself. He sailed over 2000 races without any gear failure and without once having to retire early.

In 2006, Tasker opened a new sailmaking facility in Phuket, designed once more by himself. With a floor area of 100.000 square feet it is the world’s largest, purpose-built sail-loft. Today, 120 highly motivated staff work here, of which the big majority stay with the firm over many years, if not decades: Sail designers, sailmakers, riggers, spar and ropemakers, engineers and office staff. Production conforms to ISO standards and not only sails are made, but also the necessary fittings, cordage, spars and complete rigs. All in one hand with a consistent and meticulously monitored quality standard on which customers the world over can rely – be it in Australia or Germany, America or France. A lean management structure further contributes to the best possible price-quality ratio at which all sails are distributed by a constantly growing, worldwide dealer network. In each country, a young and enthusiastic team mostly of active sailors offers personal contact and the best of service for the customers.

Today’s CEO of this globally active sailmaker, Sven Cornelius from Germany, has for several years worked very closely with Rolly Tasker and his wife Kerry. During this time, a strong personal, family-like bond between the three was forged. And just like in other family owned and run enterprises, Cornelius now sees himself as the company founder’s successor who endeavours to run the business with a long-term perspective.

After having run a successful yacht service business in Mallorca for many years and following a 6 year circumnavigation (1989 - 1995) on their own-design and self-built 43ft sloop, they set up the new company here in Spain.

Gabriel Bajko, an experienced regatta and delivery yachtsman, has joined the team as sales coordinator for the sale of Rolly Tasker sails.

Australian sailmaker Rolly Tasker, has a 50 year history of sailmaking for the world market and during his long career, Rolly has built and operated sail lofts in Australia, Hong Kong, France, USA and Thailand. The current Phuket state of the art sailloft is his twelfth sail loft and exports to 61 countries worldwide.

With the modern potentials of globalisation this location has the advantages of its central position, good infrastructure and an experienced and skilled local work force. 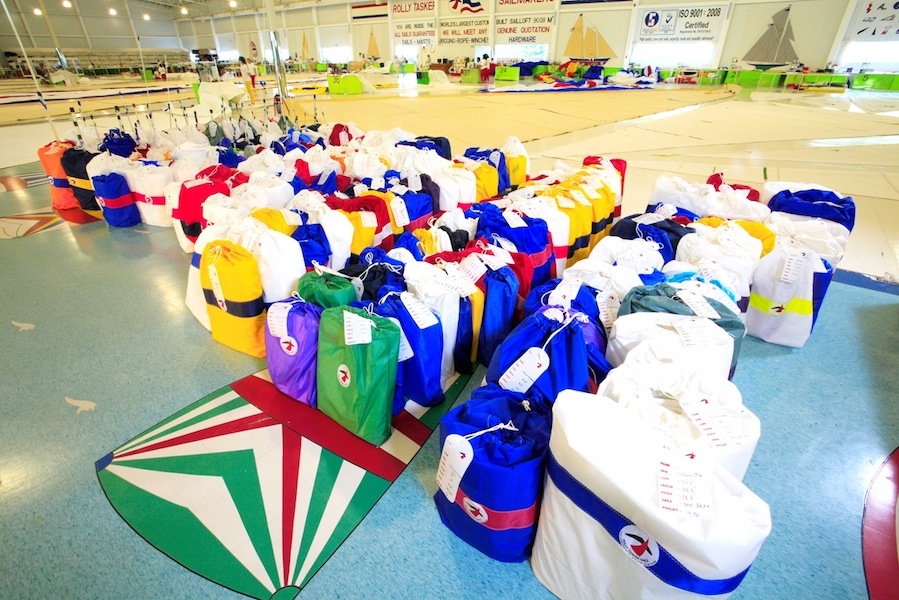 www.rollytasker.com
The sailloft produces first class sails for all sizes of yachts, from Laser dinghies to some of the largest luxury ocean cruising yachts.

Only using top quality sailcloth from renowned manufacturers such as CHALLENGE, BAINBRIDGE, CONTENDER and DIMENSON POLYANT, the sailloft can purchase the sailcloth in bulk and thus keep the production costs as low as possible.

The sailloft has large stocks of premium quality Dacrons, Crimpless Warp Dacrons, Cruising and Regatta Laminates and spinnaker cloths in several sailcloth weights and a wide range of colours. 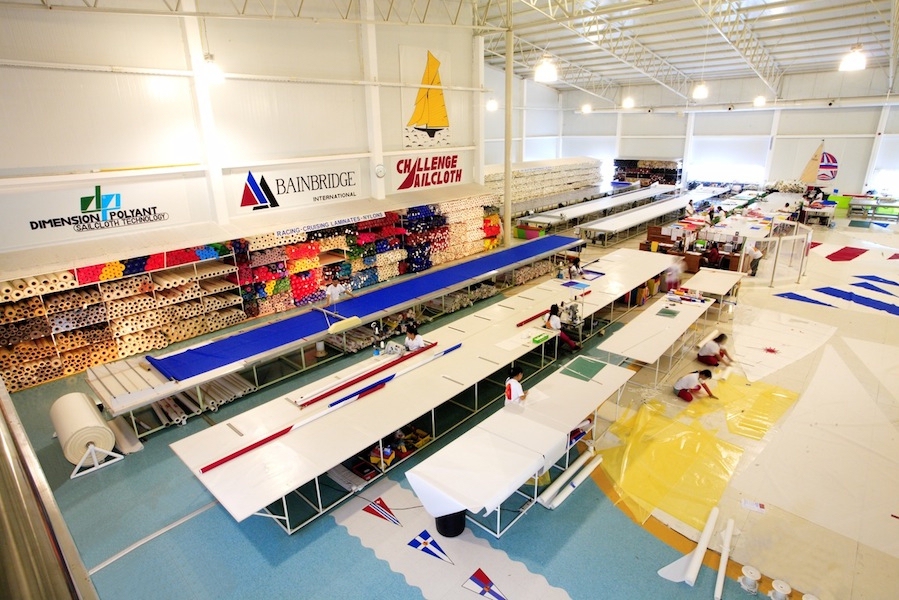 There is a full range of sewing machines and the sails are sewn with a careful attention to detail and with handsewn extras and traditional leather finishing.

The sails are finished with top quality fittings and UV resistant thread.

UV protection suncovers for roller furling sails is sewn on (not glued) and is available in 5oz UV treated Dacron or in original USA SUNBRELLA cloth (Rolly Tasker Sails is the SE Asia representative for Sunbrella and has a wide range of colours available).

Tell tales, flo stripes/trim lines and large sailbags are supplied at no extra cost with each sail.

In recognition of the quality of the sail production in the Phuket sailloft, the Quality Management System is certified by ISO 9001:2008 - an international standard confirming the high level quality standards in the production of Rolly Tasker Sails. 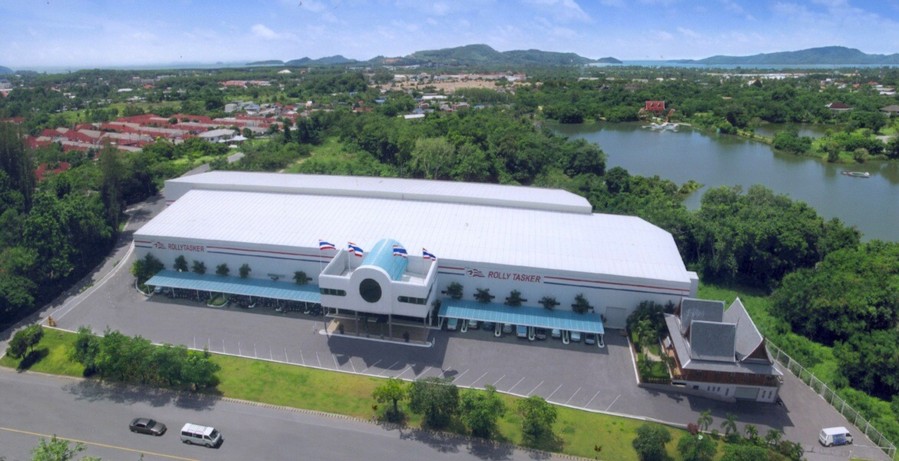 ROLLY TASKER SAILS is one of the most efficient saillofts in the world and specialises in producing top quality sails, with the highest level of durability and performance, for a fair price.

Mary Synge is the company coordinator, Paul Kinzelmann assists in technical consultations and Gabriel Bajko is the sales coordinator. 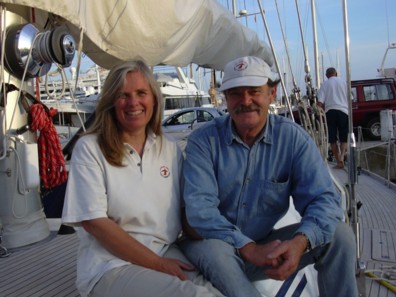 Mary Synge and Paul Kinzelmann, set up the Spanish representation for Rolly Tasker Sails upon their return in 1995 and have been selling RollyTasker Sails since then throughout Spain.

After having run a successful yacht service business in Mallorca for many years and following a 6 year circumnavigation (1989 - 1995) which took them as far away as New Zealand and Tasmania, sailing their own-design and self-built 43ft sloop , they set up the new company here in Spain. 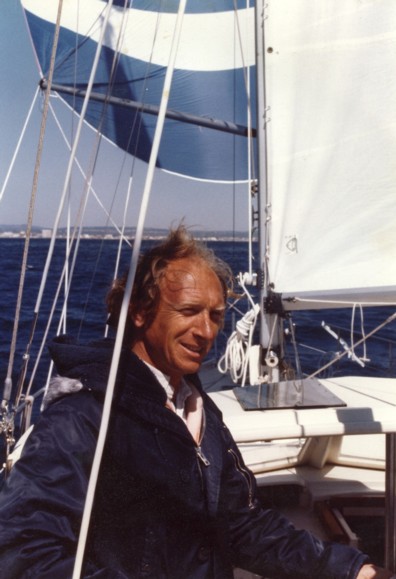 During 1975 -76 he worked in Barcelona ,together with the prestigious sailmaker Ramón Balcells (senior), who had been a member of the Olympic team in the Dragon class.

At this time he also worked with some nautical magazines, including Yate y Motonautica from Nino Beguetti, and produced the first pilot guide for the Costa Brava and which was published by Skipper magazine.

Later he cruised the Atlantic and in the Caribbean worked for 5 years as a charter skipper and also with deliveries of sailing and motor yachts mainly between the Virgin Islands and the USA.

Upon returning to Mallorca he worked in the yacht service industry as well as skippering sailing and motor yachts in the North Atlantic and the Mediterranean.

He also maintains a keen interest in regatta sailing, participating in local regattas and has acted as regatta judge and jury member.

Rolly Tasker Sails Spain serves the local yachting community in Spain, as well as those yachts passing through Spanish waters on their voyages. Working together with local saillofts, all kinds of canvas work (e.g. sailcovers, awnings, repairs, etc) can be organised. We also arrange for sail measurement on board, give advice, and deliver new sails.

Contact our team of regional representatives for Rolly Tasker Sails throughout Spain via our sales coordinator for Spain, Gabriel Bajko (velas@velasrollytasker.es or tel +34 971 23 59 81).

If you are looking for new sails, repairs or canvas work, and/or our recommendations for your yacht please Gabriel Bajko for more information. Or telephone us +34 971 23 59 81.

If you are interested in receiving a sail quotation, you can send us the sail or rig measurements see our website for the sail SAIL QUOTATION MEASUREMENT SHEET, and/or send us an e-mail and we can send you a sail quotation.

This website, with its Measurement Sheets for sail quotations and for individual sail orders, is especially designed to make it as easy as possible for you to measure up for your own sails STEP-by-STEP.

In addition, we are here to help (telephone and e-mail), should you have any questions or would like more information.

We have been selling Rolly Tasker Sails in selected areas of Spain since 1995, including in the Balearic Islands, Canary Islands and S Spain, where our clients can attest to our reliability, service and the Rolly Tasker Sails sail quality.

We are currently expanding our sales and services throughout Spain. 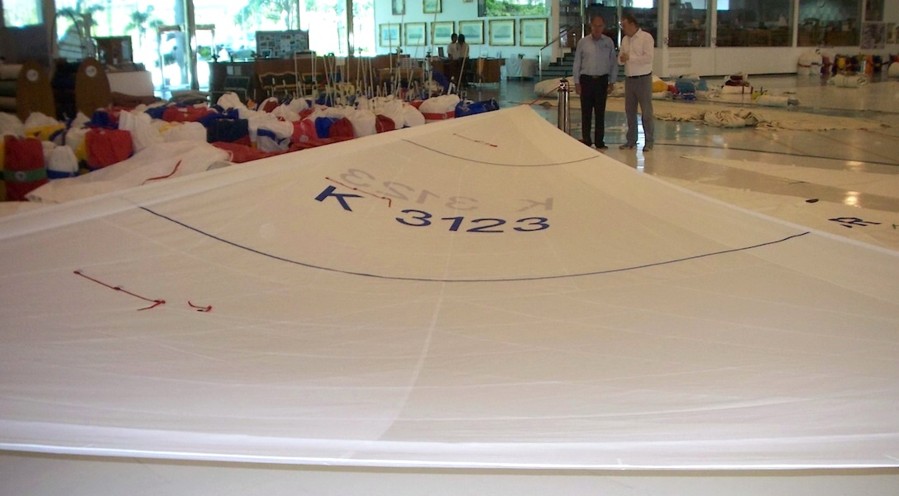 If you are interested in working together with us - see for more infomation, and/or send us an e-mail